Research code is written in spurts and fits. You will often put code aside for several months and focus your energy on experiments, passing qualifying exams or working on another project. When you come back to your original project, you will be lost. A little prep work by writing docs will help you preserve your knowledge over the long run. In the previous chapter, I showed how to document small units of your code. In this section, I talk about how to document entire projects.

It’s a common practice to use graphical tools (GUIs) to perform analyses. It also happens more often than most people are willing to admit that different variants of a pipeline are run by commenting and un-commenting code. Both of these practices make it hard to reproduce a result 6 months down the line. What was run, and when?

One approach is to textually document in detail what piece of code was run to obtain results. This method can be tedious and error-prone. It’s usually worth it to push as much computation as possible into reproducible pipelines which are self-documenting. That way, there’s no ambiguity about how results were produced.

Manual steps involving GUI tools should produce results which can be ingested by text-based pipelines. For instance, a interactive GUI to define regions-of-interest (ROI) should export the ROI coordinates in a way that the pipeline can ingest it.

Instead of commenting and un-commenting code, we can have different code paths execute depending on flags passed as command line arguments. Console programs can be written through the argparse library, which is part of the Python standard library, or through external libraries like click. As a side benefit, these libraries document the intent of the flags and generate help for them.

Let’s say you create a command line program train_net.py that trains a neural net. This training script has four parameters you could change: model type, number of iterations, input directory, output directory. Rather than changing these variables in the source code, you can pass them as command line arguments. Here’s how you can write that:

A nice side benefit of using argparse is that it automatically generates help at the command line.

External flags thus allow you to run different versions of the same script in a standardized way.

Once you’ve refactored your code to take configuration as command line flags, you should record the flags that you used when you invoke your code. You can do this using a shell file. A shell file contains multiple shell commands that are run one after the other.

Consider a long-running pipeline involving train_net.py. This pipeline starts with downloading images from the internet stored in an AWS S3 bucket; trains a neural net; then generates plots. We can document this pipeline with a shell file. In pipeline.sh, we have:

This shell file serves both as runnable code and as documentation for the pipeline. Now we know how our figure was generated! Don’t forget to check in this shell file to git to have a record of this file.

Bash is quirky - the syntax is awkward and it’s pretty easy to shoot yourself in the foot. If you’re going to write elaborate shell scripts, use shellcheck, which will point out common mistakes in your code. Your favorite editor probably has a plugin for shellcheck.

Scientific pipelines often take the shape of DAGs - directed acyclic graphs. This means, essentially, that programs flow from inputs to output in a directed fashion. The train_net pipeline above is a DAG with 4 steps. Other DAGs can be more elaborate, for example the 12-step DAG which generates figures shown in Van Vliet (2020) 1:

You can document how all the steps of the DAG fit together with a bash file. As your pipelines grow, it can be painful to restart a pipeline that fails in the middle. This could lead to a proliferation of bash files corresponding to different subparts of your pipeline, and pretty soon you’ll have a mess of shell scripts on your hands - basically recreating the commenting/uncommenting workflow we had in Python, this time in bash!

You can use a more specialized build tool to build and document a pipeline. GNU make has been a standard tool for compiling code for several decades, and is becoming more adopted by the data science and research communities. A Makefile specifies both the inputs to each pipeline step and its outputs. To give you a flavor of what a Makefile looks like, this file implements the DAG to train a neural net and plot diagnostic plots:

make can be pretty finicky. For instance, you must use tabs, not spaces, to indent.

The plot can be created with make plot. The Makefile contains a complete description of the inputs and outputs to different scripts, and thus serves as a self-documenting artifact. Software carpentry has an excellent tutorial on make. What’s more, make only rebuilds what needs to be rebuilt. In particular, if the network is already trained, make will detect it and won’t retrain the network again, skipping ahead to the plotting task.

make uses a domain-specific language (DSL) to define a DAG. It might feel daunting to learn yet another language to document a pipeline. There are numerous alternatives to make that define DAGs in pure Python, including doit. There are also more complex tools that can implement Python DAGs and run them in the cloud, including luigi, airflow, and dask.

Record the provenance of each figure and table¶

A lightweight workaround is to record the git hash with each result. The git hash is a long string of random digits corresponding to a git commit. You can see these hashes using git log:

Here, 3b0c06... is the git hash of my latest commit. You can read the current git hash using the gitpython library and append it to the name of file. For example, instead of recording figure.png, I can record figure.3b0c066546.png using:

Now there’s no ambiguity about how that figure was generated. You can repeat the same process with csv files and other results.

Most services in this this space are closed-source, cloud-based commercial services available for free to researchers. Wandb and Neptune record machine learning results. Gigantum keeps a rich log of jupyter notebook executions. datalad is libre software that can record and document dataset manipulations.

A more full-featured way of doing this is to use a specialized tool to post results to a centralized database. Most of the offerings in this space are cloud-based commercial services. You post your results - whether scalars, whole tables, figures, etc. - to a centralized server through a bit of python code, and it takes care of versioning. In the screenshot below, I used wandb.ai to record the outcome of a machine learning pipeline. The record tells me what command that was run, the git hash, meta-information about which computer was used to run the pipeline, as well as the outcome. There is no ambiguity about provenance. 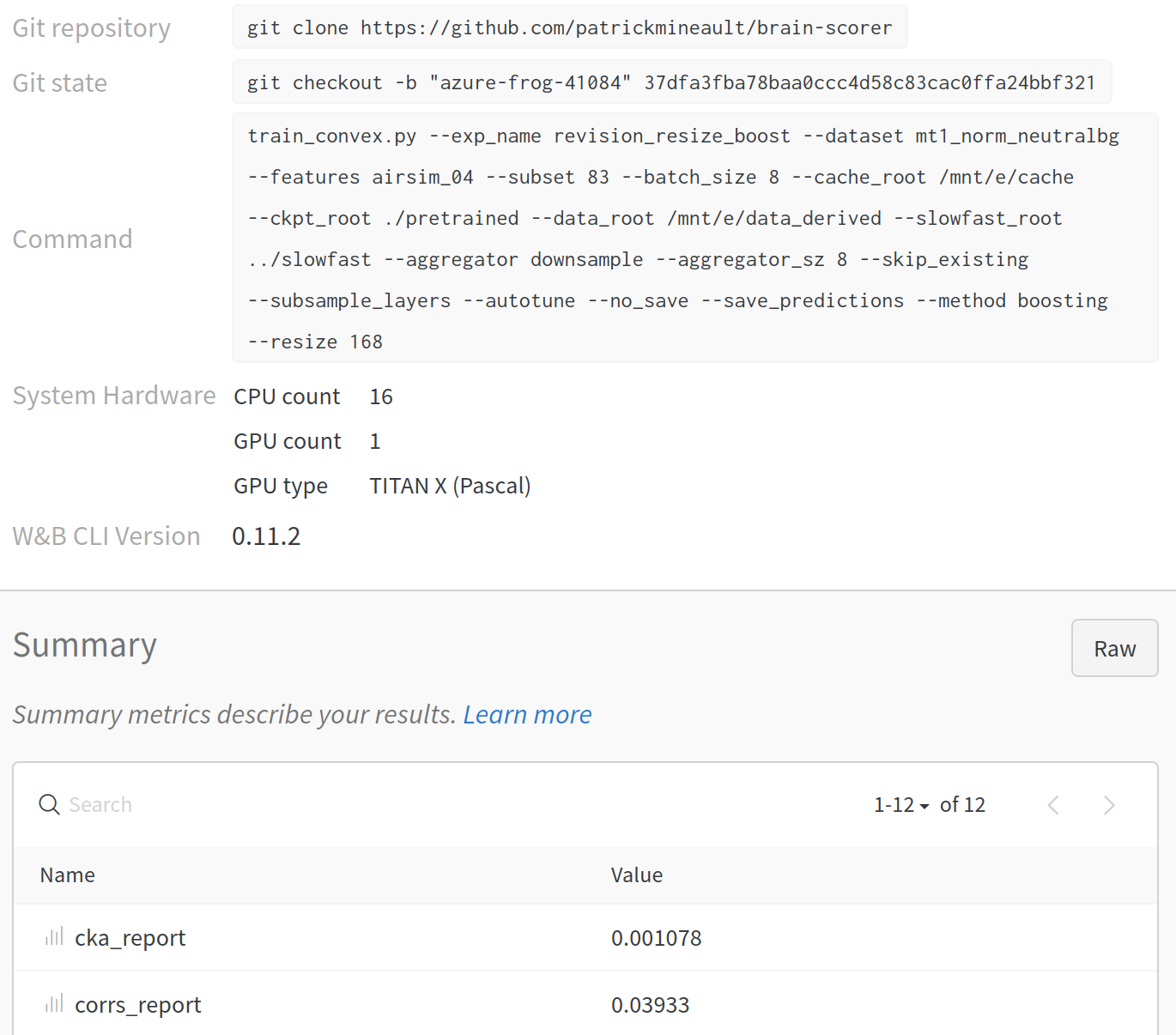 Fig. 12 Record of one deep-learning run in wandb.ai¶

In addition to documenting pipelines, it’s important to write proper textual documentation for your project. The secret is that once you’ve written good unit tests and have documented your pipelines, you won’t have a lot of text docs to write.

README.md is the often first entry point to your code that you and others will see. This is the file that’s rendered when you navigate to your git repository. What are some of the elements in a good README?

Importantly, keep your README.md up-to-date. A good README.md file helps strangers understand the value of your code: it’s as important as a paper’s abstract.

Markdown has taken over the world of technical writing. Using the same format everywhere creates tremendous opportunities, so I highly recommend that you write your documentation in Markdown. With the same text, you can generate:

The same Markdown can be deployed in different environments depending on what exactly you want to accomplish. For some projects, the README.md file will be all that is needed. Others will want a static site that shows highlights of the paper. Yet other projects will be well-served by blog posts which discuss in longer form the tradeoffs involved in the design decisions.

Creating your documentation in Markdown you make it really easy for you to eventually migrate to another format. I tend to use a combination of all these tools. For instance, I write notes on papers in Notion; I then export those notes to markdown as stubs for my Wordpress blog, for pandoc slides or for jupyterbook.

Some things are in our control and others not. […] If [a thing] concerns anything not in your control, be prepared to say that it is nothing to you.

Documentation contains the long-term memory of a project. When you’re writing documentation, you’re ensuring that your code will remain useful for a long time. Code should be self-documenting to a large degree, and you should put effort into automating most of the steps involved in generating figures and tables in your paper. However, you will still need to write some textual documentation.

You can take that occasion to reflect on your project. Sometimes, you’ll find that it’s more productive to rewrite bad code than to write complex explanations for it. At other times, especially at the very end of a project, refactoring will not be worth the effort, and you will have to let things go. As part of the documentation, you can write about how you could improve on your project. You can use a framing device device like three lessons I learned in this project. Learn from your mistakes and do better next time.

Add a README.md file to a project you’re working on right now